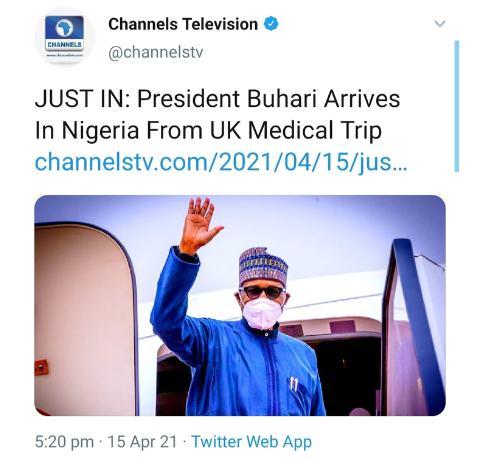 President Buhari Is Back_ Nigerians React on Social Media

Hours after Buhari arrived in Nigeria from UK, see what Nigerians are saying

President Muhammadu Buhari arrived in Nigeria via the Nnamdi Azikiwe International Airport after a two-week medical vacation in the United Kingdom. 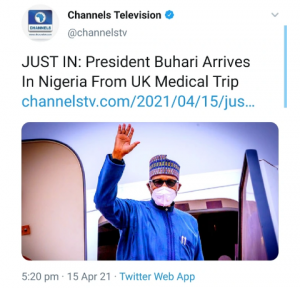 He arrived few minutes past 5pm through the Nnamdi Azikiwe airport.

President Muhammadu Buhari arrived in Abuja this afternoon after a private trip to London, United Kingdom, according to Bashir Ahmad, the President’s Personal Assistant. 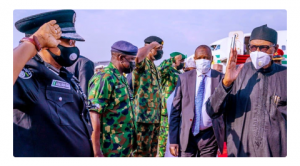 As he descended from his plane, he shared photos of the president being welcomed by military officers.

Before his departure, the presidency clarified that Buhari’s trip to the United Kingdom was not on an emergency basis and that the Nigerian leader was not ill, assuaging critics’ fears that the 78-year-old was unwell.

Garba Shehu, Senior Special Assistant to the President on Media and Publicity, said, “This is a regular medical check-up; the President has done this with a set of doctors that he has maintained for several years.”

Nigerians reacted to this by blasting the President on social media upon his arrival. 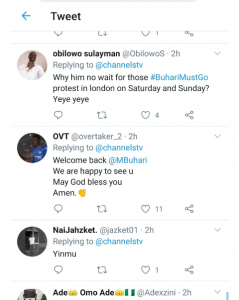 “Naira Marley and Family Together in a Picture
“Twitter Ban and Social Cause in Nigeria (Full Information)
“Independent Day (Buhari Must go ) Rally holds by Abuja Youth
“Bobrisky Finally Speak up on “Sleeping With Mompha”, [Full Gist]
Loading...
No Comments Yet Drop a Comment