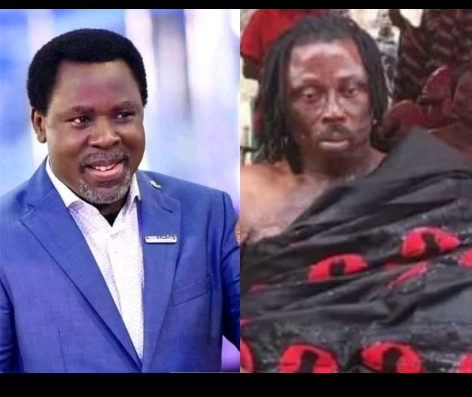 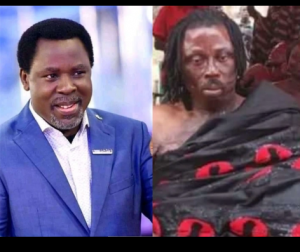 A popular Ghanaian witchdoctor called Nana Kwaku Bonsam has caused havoc on social media with his claims that almost all Pastors and Prophets in Africa get powers of healing and miracles from him .

The Witchdoctor claims he has given 1700 pastors powers to heal and do miracles in their churches including Prophet TB Joshua and Prophet Bushiri. 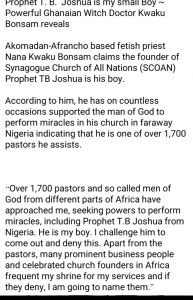 He said Prophet TB Joshua is my boy and he gets powers from me .If im lying he must come out and deny it .He also claims whoever denies him he will take away his powers from them and also expose them .

Many believe this witchdoctor is clout chasing because he knows no Prophet will ever come out whether to defend themselves against these malicious claims whether its true or not. 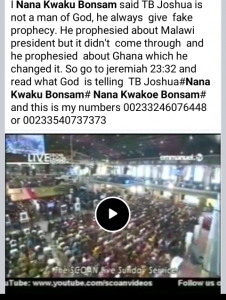 What do you think about this. Leave a comment down below and lets talk about this

“Naira Marley and Family Together in a Picture
“Twitter Ban and Social Cause in Nigeria (Full Information)
“Independent Day (Buhari Must go ) Rally holds by Abuja Youth
“Bobrisky Finally Speak up on “Sleeping With Mompha”, [Full Gist]
Loading...
No Comments Yet Drop a Comment