‘You Don’t Have My Money’ – Simi Tells Adekunle Gold 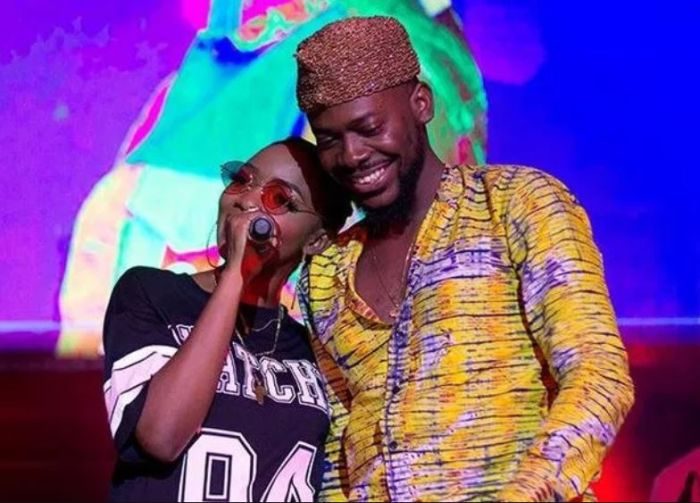 Nigerian celebrity couple Adekunle Gold and Simi have yet again displayed their sense of humour and goofiness on Twitter, with the latter saying the former cannot pay her dues.
Adekunle Gold had asked if she would do a dope ass cover for him, if he releases the instrumental for his latest single ‘Young Love’
Responding, the songstress said her husband cannot afford to pay her.
See a screenshot of the tweet below:- 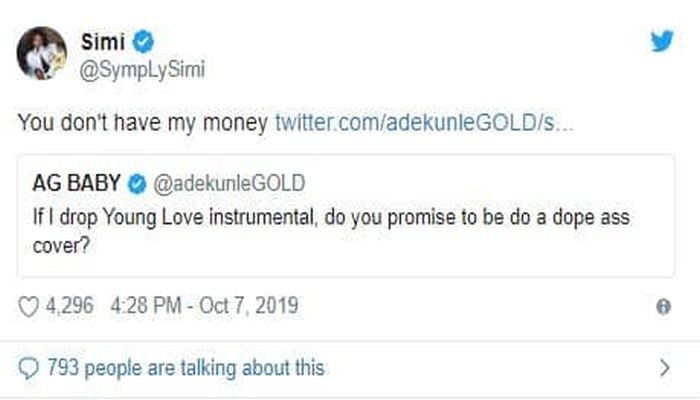 Earlier this year, Simi reacted to a video of a couple, wherein the man rapped about his partner’s makeup tutorials.
Reacting, Simi teased her husband saying the guy in the video doesn’t have two heads, and Adekunle Gold can not rap.

“@adekunleGOLD pls does he have 2 heads? Small rap, you can’t rap.”

Responding to Simi’s tweet, Adekunle told her to either accept that he’s a fantastic singer or go with the rapper in the video.
He wrote,

“Either you accept that I am just a fantastic singer or go and meet J cole. pick one.”

“[Music] Mohbad – Omokomo
“Some Hi-Tech Countries in the World
“Saharan Africa’s Future Linked to Technology
“The Technology Industry in Africa is Really Growing Well
Loading...
No Comments Yet Drop a Comment