The Big Impact of the Internet on Society: A Global Perspective

The Internet is the decisive technology of the Information Age, as the electrical engine was the vector of technological transformation of the Industrial Age. This global network of computer networks, largely based nowadays on platforms of wireless communication, provides ubiquitous capacity of multimodal, interactive communication in chosen time, transcending space. The Internet is not really a new technology: its ancestor, the Arpanet, was first deployed in 1969 (Abbate 1999). But it was in the 1990s when it was privatized and released from the control of the U.S. Department of Commerce that it diffused around the world at extraordinary speed: in 1996 the first survey of Internet users counted about 40 million; in 2013 they are over 2.5 billion, with China accounting for the largest number of Internet users. Furthermore, for some time the spread of the Internet was limited by the difficulty to lay out land-based telecommunications infrastructure in the emerging countries. This has changed with the explosion of wireless communication in the early twenty-first century. Indeed, in 1991, there were about 16 million subscribers of wireless devices in the world, in 2013 they are close to 7 billion (in a planet of 7.7 billion human beings). Counting on the family and village uses of mobile phones, and taking into consideration the limited use of these devices among children under five years of age, we can say that humankind is now almost entirely connected, albeit with great levels of inequality in the bandwidth as well as in the efficiency and price of the service.

At the heart of these communication networks the Internet ensures the production, distribution, and use of digitized information in all formats. According to the study published by Martin Hilbert in Science (Hilbert and López 2011), 95 percent of all information existing in the planet is digitized and most of it is accessible on the Internet and other computer networks.

The speed and scope of the transformation of our communication environment by Internet and wireless communication has triggered all kind of utopian and dystopian perceptions around the world.

As in all moments of major technological change, people, companies, and institutions feel the depth of the change, but they are often overwhelmed by it, out of sheer ignorance of its effects.

The media aggravate the distorted perception by dwelling into scary reports on the basis of anecdotal observation and biased commentary. If there is a topic in which social sciences, in their diversity, should contribute to the full understanding of the world in which we live, it is precisely the area that has come to be named in academia as Internet Studies. Because, in fact, academic research knows a great deal on the interaction between Internet and society, on the basis of methodologically rigorous empirical research conducted in a plurality of cultural and institutional contexts. Any process of major technological change generates its own mythology. In part because it comes into practice before scientists can assess its effects and implications, so there is always a gap between social change and its understanding. For instance, media often report that intense use of the Internet increases the risk of alienation, isolation, depression, and withdrawal from society. In fact, available evidence shows that there is either no relationship or a positive cumulative relationship between the Internet use and the intensity of sociability. We observe that, overall, the more sociable people are, the more they use the Internet. And the more they use the Internet, the more they increase their sociability online and offline, their civic engagement, and the intensity of family and friendship relationships, in all cultures—with the exception of a couple of early studies of the Internet in the 1990s, corrected by their authors later (Castells 2001; Castells et al. 2007; Rainie and Wellman 2012; Center for the Digital Future 2012 et al.).

Thus, the purpose of this chapter will be to summarize some of the key research findings on the social effects of the Internet relying on the evidence provided by some of the major institutions specialized in the social study of the Internet. More specifically, I will be using the data from the world at large: the World Internet Survey conducted by the Center for the Digital Future, University of Southern California; the reports of the British Computer Society (BCS), using data from the World Values Survey of the University of Michigan; the Nielsen reports for a variety of countries; and the annual reports from the International Telecommunications Union. For data on the United States, I have used the Pew American Life and Internet Project of the Pew Institute. For the United Kingdom, the Oxford Internet Survey from the Oxford Internet Institute, University of Oxford, as well as the Virtual Society Project from the Economic and Social Science Research Council. For Spain, the Project Internet Catalonia of the Internet Interdisciplinary Institute (IN3) of the Universitat Oberta de Catalunya (UOC); the various reports on the information society from Telefónica; and from the Orange Foundation. For Portugal, the Observatório de Sociedade da Informação e do Conhecimento (OSIC) in Lisbon. I would like to emphasize that most of the data in these reports converge toward similar trends. Thus I have selected for my analysis the findings that complement and reinforce each other, offering a consistent picture of the human experience on the Internet in spite of the human diversity.

Given the aim of this publication to reach a broad audience, I will not present in this text the data supporting the analysis presented here. Instead, I am referring the interested reader to the web sources of the research organizations mentioned above, as well as to selected bibliographic references discussing the empirical foundation of the social trends reported here.

TECHNOLOGIES OF FREEDOM, THE NETWORK SOCIETY, AND THE CULTURE OF AUTONOMY

In order to fully understand the effects of the Internet on society, we should remember that technology is material culture. It is produced in a social process in a given institutional environment on the basis of the ideas, values, interests, and knowledge of their producers, both their early producers and their subsequent producers. In this process we must include the users of the technology, who appropriate and adapt the technology rather than adopting it, and by so doing they modify it and produce it in an endless process of interaction between technological production and social use. So, to assess the relevance of Internet in society we must recall the specific characteristics of Internet as a technology. Then we must place it in the context of the transformation of the overall social structure, as well as in relationship to the culture characteristic of this social structure. Indeed, we live in a new social structure, the global network society, characterized by the rise of a new culture, the culture of autonomy.

Internet is a technology of freedom, in the terms coined by Ithiel de Sola Pool in 1973, coming from a libertarian culture, paradoxically financed by the Pentagon for the benefit of scientists, engineers, and their students, with no direct military application in mind (Castells 2001). The expansion of the Internet from the mid-1990s onward resulted from the combination of three main factors:

I will elaborate on these major trends.

Our society is a network society; that is, a society constructed around personal and organizational networks powered by digital networks and communicated by the Internet. And because networks are global and know no boundaries, the network society is a global network society. This historically specific social structure resulted from the interaction between the emerging technological paradigm based on the digital revolution and some major sociocultural changes. A primary dimension of these changes is what has been labeled the rise of the Me-centered society, or, in sociological terms, the process of individuation, the decline of community understood in terms of space, work, family, and ascription in general. This is not the end of community, and not the end of place-based interaction, but there is a shift toward the reconstruction of social relationships, including strong cultural and personal ties that could be considered a form of community, on the basis of individual interests, values, and projects.

Some Hi-Tech Countries in the World 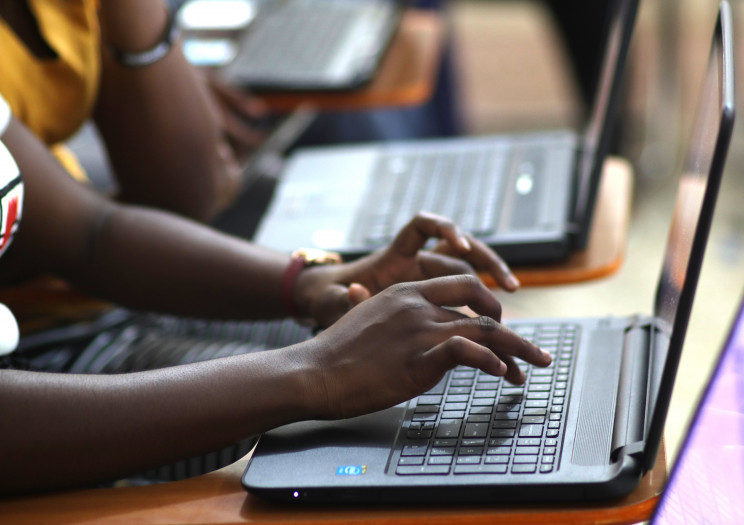 The Technology Industry in Africa is Really Growing Well Some Key Aspects of Technology that Small Business Owners Should Know

[Music] Drizz – For The Road