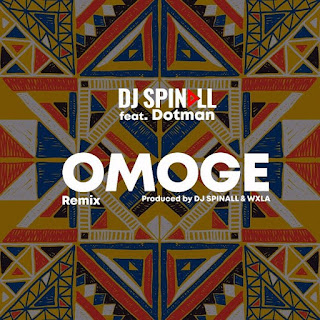 Top Boy, DJ Spinall decides to release an Afro House refix to his previously heard single titled “Omoge” featuring Dotman.
The refix to “Omoge” was produced by DJ Spinall and WXLA. Recall the song was part of the fourth studio album ‘Iyanu’ released last year.
However, DJ Spinall is set to perform at this years’ music festival ‘Glastonbury’; He has also announced his forthcoming single “Dis Love” featuring Wizkid and Tiwa Savage.
Listen & Download “DJ Spinall Ft. Dotman – Omoge (Refix)” Below:-
DOWNLOAD MP3
What do you think about this song?
We want to hear from you all.
Drop your Comments.